Along with this the Standard of Protocols (SOP) for other activities has been declared. Only necessary activity will be allowed in the containment zone, the home ministry said. It will be the responsibility of the local-district police, and the municipal authority, to strictly follow the rules in the cantonment zone. At the same time, the State and Union Territories will determine the responsibility together with the concerned officials.

A statement from the Home Ministry said the surveillance team would conduct house-to-house surveillance and ensure that corona patients’ treatment facilities were quickly secured. The central government has allowed state governments to impose restrictions, including night curfews, at the local level to curb the Koro epidemic.

However, states will not be allowed to impose lockdown outside the cantonment zone without the advice and approval of the central government. States have also been asked to ensure social distance in the workplace. The Home Ministry said in a statement that in a city where the weekly case or positive rate is more than 10 per cent, the concerned states and Union Territories should implement phased office timings and other measures so that more employees do not come at a time and social distance is maintained. 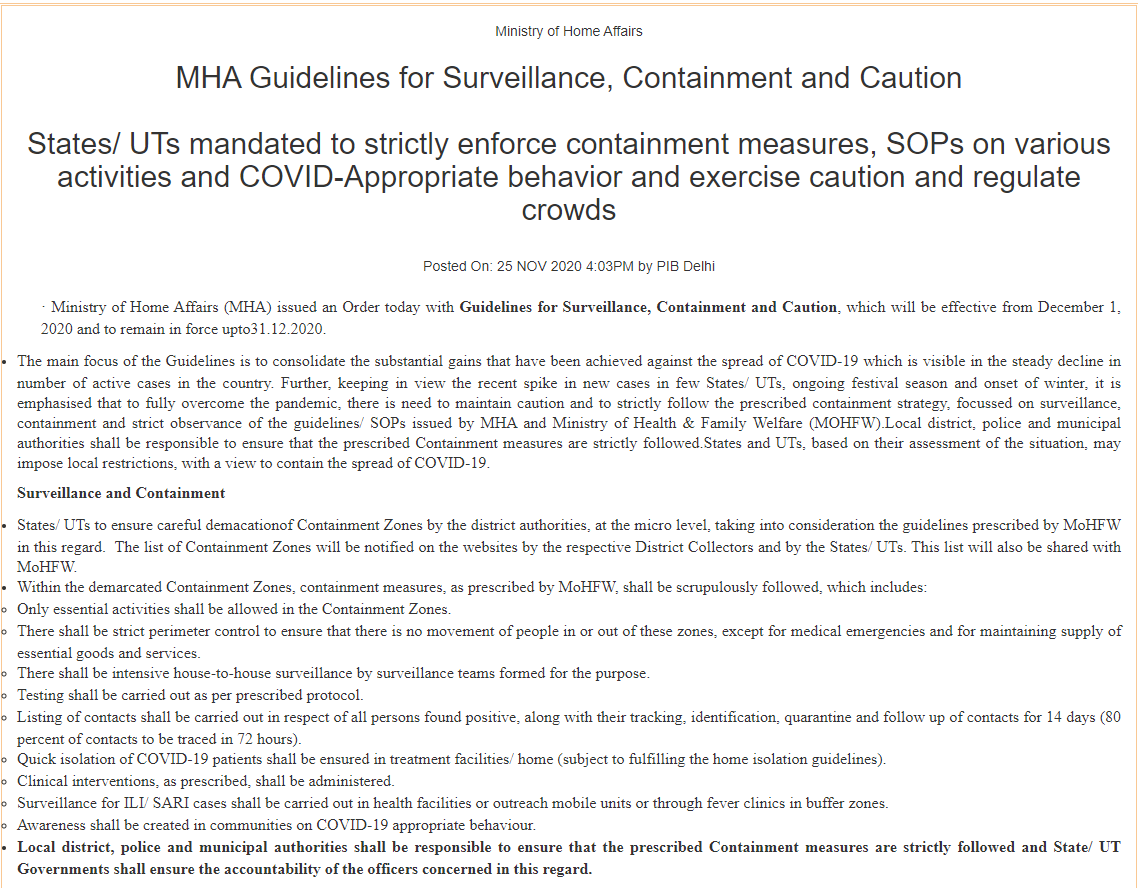 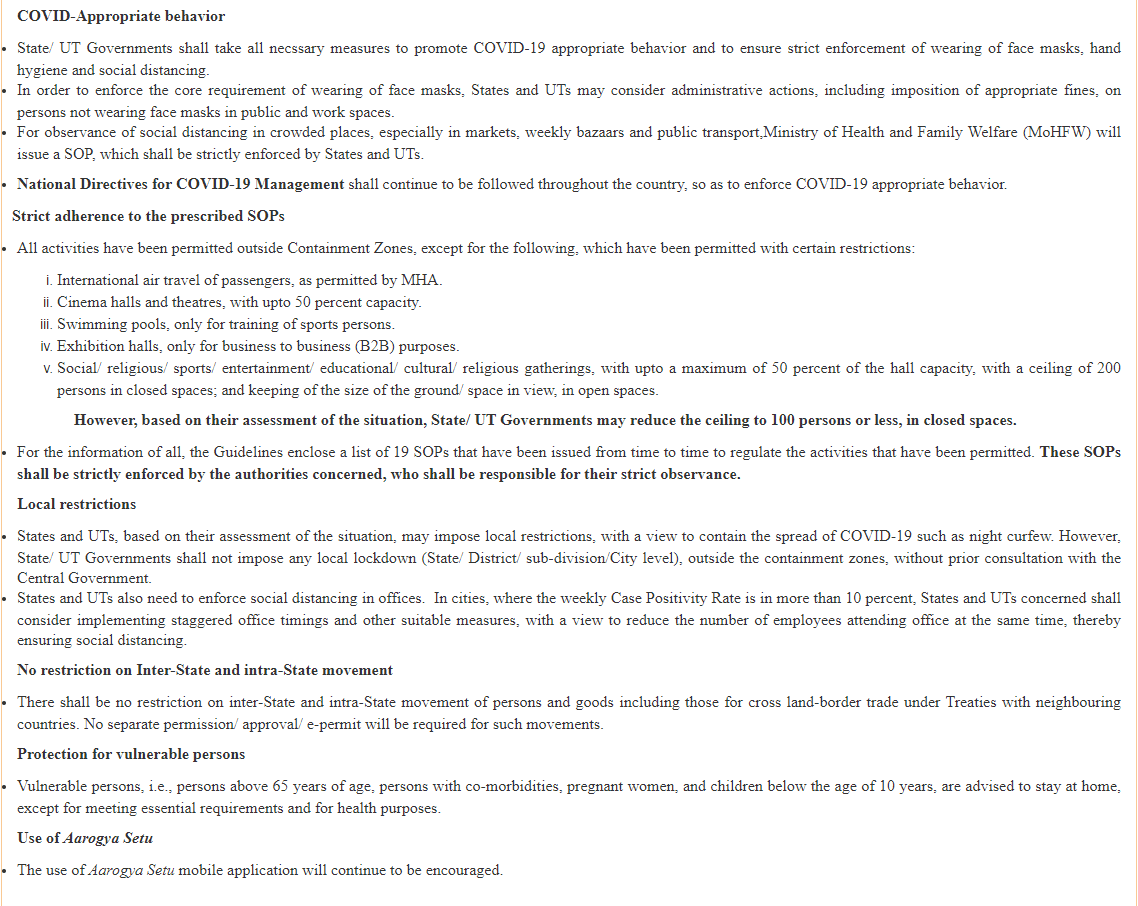 Corona virus transmission is on the rise in the country. In the capital Delhi, about 7,000 cases of corona are coming up every day. People gathered in the markets during the festivals have been the main reason for spreading the transition. Meanwhile, the home ministry on Wednesday issued guidelines. The Home Ministry has issued guidelines for monitoring, control and precaution. The government guidelines will come into force from December 1 and will remain in force till December 31.

The Ministry of Home Affairs has directed the States / UTs to take strict measures for the prevention of Corona virus, SOPs on various activities and application of crowd control measures.

Only essential item activities are allowed in the containment zone. Local district, police and municipal officials will be responsible for ensuring that the rules of containment measures are strictly followed and the State / UT Government will determine the responsibilities of the officers concerned.

The government’s focus is on strengthening the Koro transition. There is currently an emphasis on increasing caution in cases of corona in some states.

The new guidelines also ban cinema halls, theaters, swimming pools, etc. The cinema hall will still run with 50 per cent spectators. The spamming pool can only be used by sports persons for training. According to the Home Ministry’s guidelines, any type of event, be it religious, social, sports, entertainment or education, cannot involve more than 200 people. Yes, the state government can reduce this number to 100 or less if it wants.